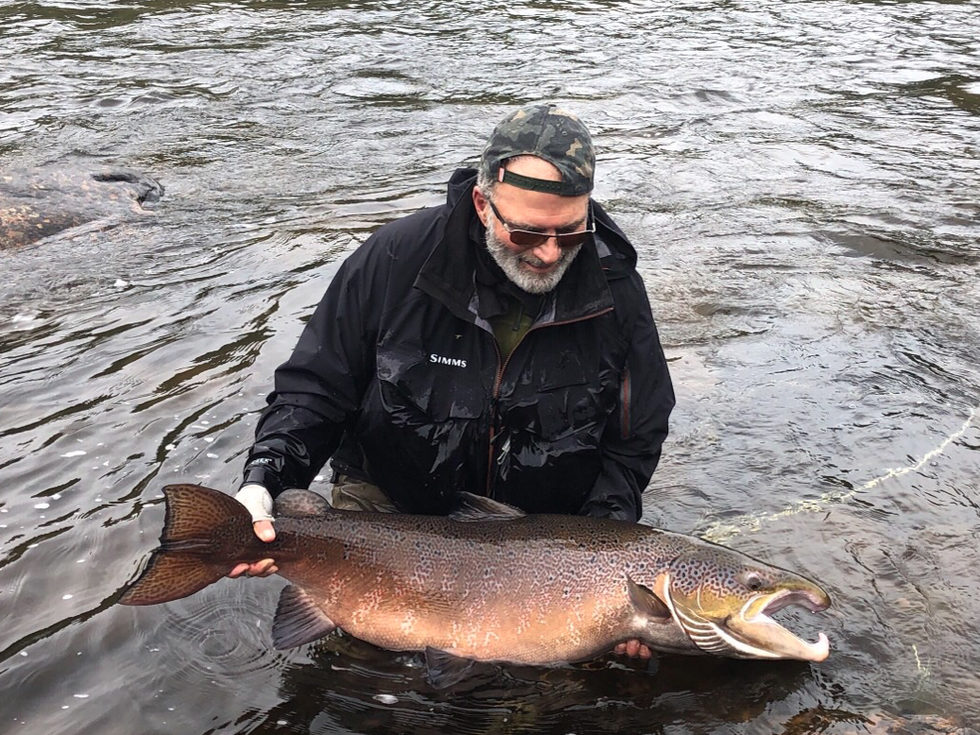 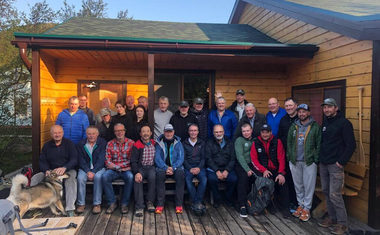 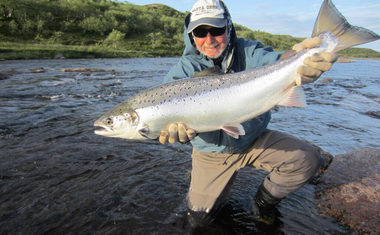 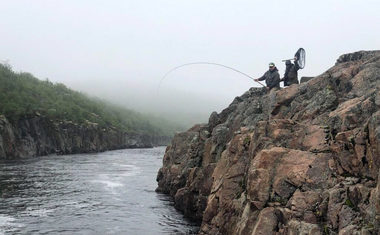 The 2019 season on the ASR was one of huge potential and of course some great catches, but ultimately there was also significant disapointment due to a series of late norice cancellations imposed at late norice by the Russian authorities.  Had it not been for this then 2019 would have been a year to remember.  The total catch statatistics across the season were only 22% down on the 5 year average, despite only half the average number of guests being able to fish!  Had the season progressed as normal there is no doubt that the returns would of exceeded the 5-year average.  Equally the size of the fish remained impressive, the nbiggest salmon landed being 42 1/2 pounds!  If there is to be a positive spin from this then it shows the salmon stocks on the ASR rivers remain in great shape, long may that continue!

The Three Rivers programme was the first to fall foul of the cancellations, with notification being received early in the year.   This did mean that those who choose to rebook had an option to do so as Week 33, normally a 'resting week', was opened up in mid-August.  It is worth noting that the 'resting weeks' were introduced to do exactly that, provide the rivers and staff with a rest.  They never reflected weeks when the prospects were less than promising for this time of the relative to the late summer part of the season.

The fishing conditions were on the mild side for most of the week with temps ranging from 8 to 17C – while water temps warmed from 8 to 11C. The ideal conditions helped the group average about 45 salmon a day until the winds shifted slowing down the action later in the week when a dense layer of fog moved inland from the Barents Sea on Thursday. That day the rivers rose 4cm before starting to slowly away again on the final day of the week.

On the first day straight off the helicopter – Jamie Junior landed a 20-pounder from the Flat Stone. His ASR veteran father was very proud as it was the first proper salmon that his son has released and moreover it was hooked on the famous family fly – the Big Baldy! The first Big Fish ring Award went to Allan with a fantastic 28-pounder landed on Rynda’s Tail of Canyon. A quick transfer of the ring from Rynda was arranged and presented along with our congratulations and champagne during the dinner. The fish was 106 cm long and 54 cm around.

Best Fish of the week -33lbs

Our new friend Ralph who never fished for salmon before this trip to the might Kharlovka landed his first salmon on fly on opening Saturday afternoon which was a 5 pound grilse. Later in the week he managed to improved his PB significantly up to 33 pounds which was landed on the Reindeer Rapids pool on lower Litza. The fish was very fat – 113 long and 60 cm around.

Stuart from the Scottish contingent landed a 25 pounder on Kharlovka Falls. The fish was hooked from the cliff up at the falls and then he had to chase it on the boat downstream almost to Guy’s pool.

A taste of Silver

Although the fishing was challenging later in the week after the fog set in Jamie Junior released a bright fresh 19-pounder while young Cornelius found his 19 pounder up at the Kharlovka Falls – also this 21 pounder from Litza Dream.

The Three Rivers programme which runs over the final three weeks of the season on the Atlantic Salmon Reserve covers the Kharlovka, Litza and Rynda. Sixteen anglers with a huge amount of water to cover. The first of the Three Rivers weeks is preceded by a 2 week rest period when the camp is closed with no eyes on the river ...