Prior to a recent trip to Cuba one of my close friends mentioned in passing that despite a fishing experience par excellence he had been somewhat taken aback by the brusque manner of his fishing guide. Now, as he was of an artistic persuasion, I mused that maybe this was on account of his occupational outlook on life; however I determined to reserve judgement until I had experienced the situation firsthand.

I was to fish at the Jardines de la Reina, an extraordinary fishing paradise about 100 kms west of the Cuban mainland. It consists of broken strips of Mangrove forests, small strips of land surrounded by crystal green waters. These shallow plateaus border an oceanic reef where the sea-bed drops away making for fantastic diving as well as fishing. The area itself was heavily fished and exploited until Fidel Casto declared the area a national park in response to security concerns that this isolated network of islands created off mainland Cuba. Consequently an area which had been heavily over exploited has now regenerated to an extent where it provides one of the best and least exploited saltwater fishing destinations on the planet.

The fishing guides are all Cubans and for the most part have either worked since the start of the original sport fishing operation or are subsequently connected members of family. Their status as guides in Cuba puts them in an extremely privileged position both in status and in pay. They are at the top of their hierarchical tree and they have a swagger that reflects their position.

Day one and we are off Bonefishing. For those who have not fly-fished in saltwater before this is probably the first notch on the ladder. The fish are more often plentiful, capable of staggering runs but at times requiring the sort of patience and precision casts that would make a chalk stream fisherman feel at home. My fishing partner and myself score quickly notching up eight fish between us. Our guide is happy and my concerns are dispelled. We then change tact and decide to pursue Tarpon in and around the small mangrove channels. This requires a totally different approach, heavier flies on a ten weight rod, different reactions, and a different method of striking the fish. In summary we fall short of expectations. Equally, we are not rewarded with the encouraging cosseting comments that one might expect!

Three hours later, the tables have turned. We have both miraculously caught a Tarpon each and the glow of achievement radiates from us both. For my fishing partner it is his first Tarpon and he is positively radiating satisfaction. As we start to head back to the lodge our guide suggests we try for a permit. These fish notoriously difficult to catch and will casually ignore even the best presented fly but we want to be on the enviable edge of scoring a grand slam on our opening day. The equivalent of a Scottish McNab it consists of catching a bonefish, tarpon and permit, in one day on the fly. Lady luck shines and we are presented with three castable opportunities at beautifully tailing permit. Their lazy dorsal fins rise out of the surf as they forage amidst the waves. This is however as close as we get to grand slam victory and whether it was our own incompetence or the finicky nature of the permit we are rewarded with a flow of expletives as a result of our fumbled attempts.

As we return to the lodge, both brimming with the day’s excitement and thrilled at the missed opportunities, I muse on our failures, more than adequately drummed home to us, by our guide. We are after all on holiday and have paid handsomely for the privilege so how can it be that we are treated as incompetent schoolboys and are chastised so. Wherever I have come across professional guides I am more often than not struck by their dedication, the long hours they dedicate and their enviable knowledge. I have met guides who have been intoxicating with their enthusiasm and some who are simply intoxicated but rarely ones who express such indignity at what I feel are my natural shortcomings.

By day three however something strange is starting to happen. Perceptibly my skills are becoming more refined and honed as I adapt to different situations with greater alacrity. On occasion I am still humiliated by my nemesis on his lofty poling platform yet whilst taking the punishment on the chin, I resolve to soak in each instruction methodically and refuse to be beaten down again. Strong winds sometimes skew my cast or reduces my reach and for these I am admonished but I now can pre-empt his expletives and often do so robbing him of his moment.

Emotionally however something even stranger is taking place. The idea of swapping my guide for a more demure one seems outrageous. He is methodically efficient in the way he manages to locate fish. He manoeuvres his boat in strong currents and winds where I, on the time I tried, pirouetted down the channels with the grace of a foundering oil tanker. He manages to navigate himself around literally hundreds of kilometres of identical looking mangroves avoiding the multitude of sub-surface obstacles with alarming speed and ease. Out here there are no signposts, no GPS and little by way of any meaningful landmarks yet we navigate to tiny secluded corners where the fish are holed up amidst an area of such vast wilderness you have to see it to comprehend it.

It suddenly occurs to me that I am in the grip of the ‘Stockholm Syndrome’. Where a captive starts to identify and becomes emotionally connected to his captor. I have the best guide and although on occasion I am verbally beaten, I soak it up like a recalcitrant dog. So now I must conclude that my friend was right and sometimes the guides can be bullies. But I would not swap my bully for anyone else. He was extremely able and dedicated, maybe more so than any others I have come across. It took time but he drummed success into every opportunity that presented itself and I have certainly come away feeling like a more knowledgeable and more experienced fisherman.

Now that I am back home, released from my captor I can analyse my experiences more objectively. Saltwater fly-fishing is primarily based on sight fishing. Unlike the infinitely rewarding yet more often unsuspecting tug, as ones line goes tight when fishing for Atlantic salmon, in saltwater, for the most part, your fish has been spotted, stalked and all going well, cast at. Tensions and adrenaline are understandably significantly more pronounced throughout the whole process. That is not to say there are not other factors that are at work. Language difficulties and the pride, prestige and reward that goes with being a successful guide all play their part.

Let me momentarily swap sides and ask the question as to the feeling expressed by even the most demure angler when after a lengthy battle with a leviathan, at the final crowning moment, the hook pops out as a result of a bodged net job? Expletives flow! Blame is apportioned! Now consider the feelings of the guide when after infinite patience, skill, and back breaking labour, (try poling a skiff and you will understand what I mean), he has successfully manoeuvred you into the perfect casting position. A moment later, a lazy cast or instructions ignored and the moment and opportunity is lost. Suddenly I empathise with my guides feelings.

So maybe I am still afflicted. The Stockholm syndrome has its grip. Maybe however the surge of excitement that goes with stalking and deceiving ones quarry, followed by the reel spinning, arm wrenching battle that ensues means that I for one will put personal pride aside, let the boss do the talking and enjoy some simply electrifying fishing as a result.

Other Reports from Cuba 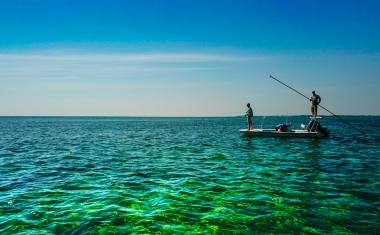 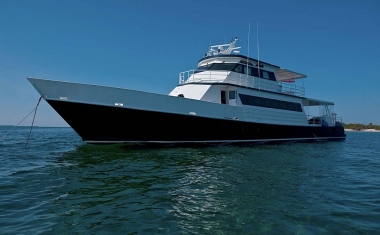 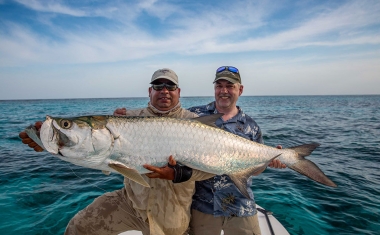 I cannot say that I will ever not be caught completely unsurprised by the quirks that Cuba can throw at anglers. With 9 years of Cuban travel under my belt I am accustomed to the varying levels of deviation from what might be anticipated from any given itinerary. To the average and inquisitive tourist Cuba delivers a wonderful ... 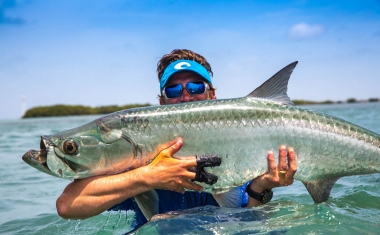 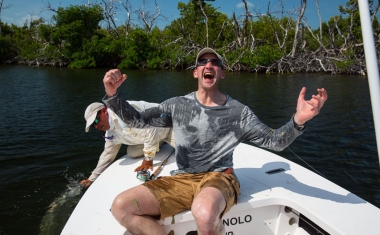 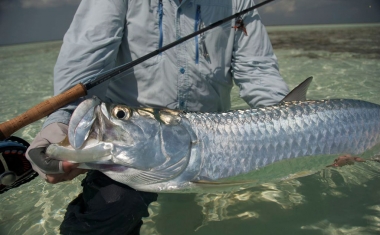