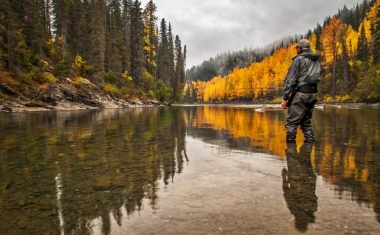 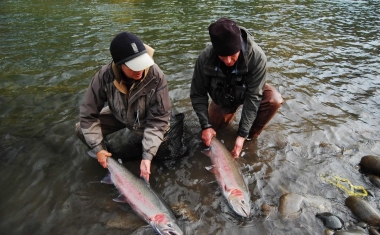 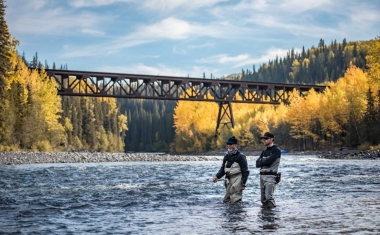 The Steelhead Valhalla Lodge is nestled in the trees along the banks of the Sustut River five miles upstream from the Sustat's confluence with the Skeena River. The Skeena River System has been labeled the largest producing river for trophy steelhead in the world!

The Sustut River is regarded as the crown jewel of steelhead fishing on the Skeena watershed.

Because it is located more than 100 miles from civilisation and accessible only by plane, the Sustut is the least fished of all the famous Skeena tributaries. The Sustut originates in Sustut and Johansen Lakes in the Omineca Mountains with the Pacific Ocean about 275 miles downstream from the junction of the Skeena and Sustut Rivers. While casting to and landing great steelhead you may enjoy the added benefit of seeing eagles, moose, bears and everything that British Columbiarsquo;s beauty has to offer. The scenery is simply unbelievable - every run offers unique vistas and is waiting for you.

The Skeena River system in northern British Columbia has long been known as the "Valhalla" for anglers from all over the world who wish to test their skill against the mightiest of steelhead trout. The Skeena River is the largest producer of trophy-sized steelhead in the world, with the annual run ranging from 25,000 to 40,000.

Over five million Pacific salmon pass through on their journey to the spawning grounds each season. The largest freshwater rod-and-reel caught steelhead came from the Skeena system, as did the largest fly-caught steelhead.

The Province of British Columbia has officially recognized the steelhead trout as a trophy fish. A catch-and-release sport-fishing ethic has been encouraged with emphasis placed on returning fish to the river so that they may spawn and perpetuate their splendid race. Steelhead Valhalla Lodge requires that all steelhead be released.

Guests at Steelhead Valhalla fish the lower 20 miles of the river. The upper 80 miles are utilized exclusively for salmon and steelhead spawning and rearing, key to the tremendous productivity of the Sustut River.

By the time King Salmon reach the Sustut they are eager to take a fly or lure. King Salmon run from 10 to 50 pounds and average 25-30. This is a great venue for anyone interested in a quality wilderness salmon fishing adventure.

Sustut steelhead average 15 pounds, with many running 20 pounds and larger. The females generally run from eight to 20 pounds, while the males normally range from 14 to over 30.

We also have a fair number of Dolly Varden char that average around two pounds, and a few rainbows that run from a pound to three pounds.

Prime fly fishing for steelhead is from late August through mid-October. There is no certain week or time during this period when we can predict that the fishing will be best. Best fishing is determined by water levels and the weather.

Located on the banks of the Sustut River, Steelhead Valhalla Lodge consists of charming hand-hewn log structures built in the 50's.  The lodge is an expansive, well-appointed structure with ample space for gourmet meals, drinks and camaraderie.  The individual cabins are exceptionally cozy and comfortable with en suite bathrooms, a view of the river, woodstoves lit daily by our crew, lots of storage for gear and great beds.  We may be in the wilderness, but there is no comfort or amenity sacrificed.

The five guest cabins are designed for two persons each. The cabins have wood floors, en-suite bathrooms, electricity, great beds and wood stoves, each with a view of the river.   Single cabins are available upon request.

The meals are hearty and home-cooked, including bread and pastries, and are served family-style. Domestic Canadian wines are served with evening meals. Lunches are served by your guide on the river.

All the guides at Valhalla are extremely experienced, benefiting from a dedicated guide training program run by Sweetwater.   All are keen and competent anglers who will happily assist you with your casting as well as helping refine your techniques to give you the best possible chance.   Jet boats are used to move up and down the river with three anglers/guide.

The season runs from August to late October.

Not included in package price:

Package price is based on double occupancy cabins. Single supplements, for an additional fee, are available if space allows. One guide is shared between 3 anglers.

Depart Smithers by private air charter at 10 a.m.  Arrive at the lodge around 11:30 am. Lunch at the lodge, followed by unpacking.  Unguided fishing for the rest of the day.

Tuesday through Sunday are full days of fishing.

Depart lodge after breakfast. Return to Smithers arriving at 1 p.m. weather permitting. Depart Smithers on an evening flight via Air Canada or overnight in Smithers and depart via Hawk Air the following morning. 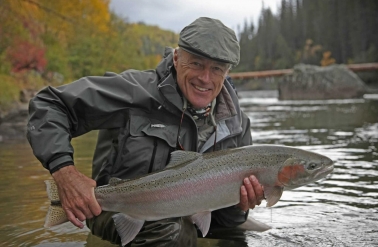 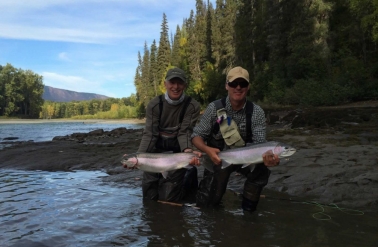 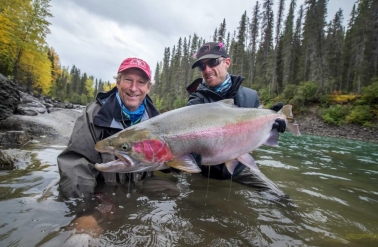 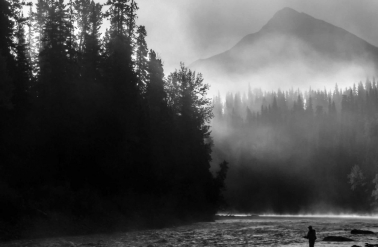 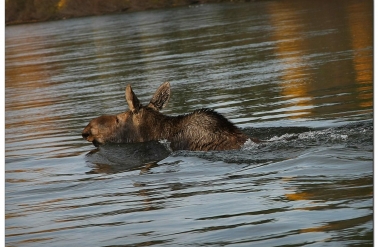 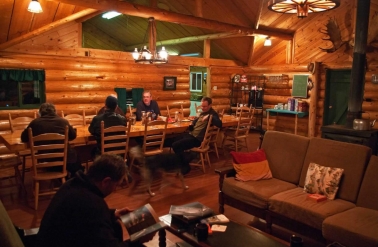 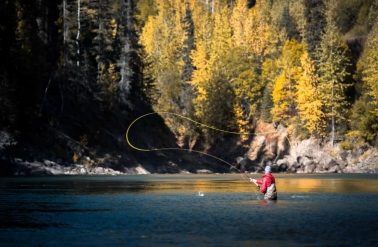 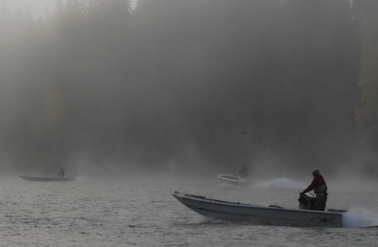 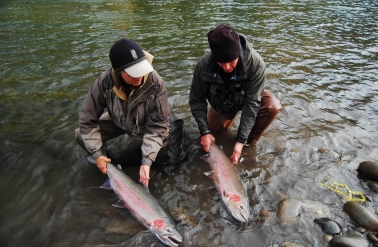 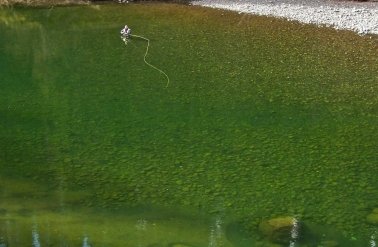 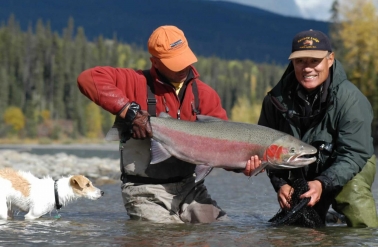 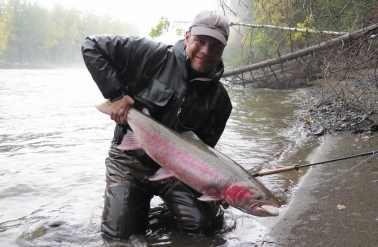 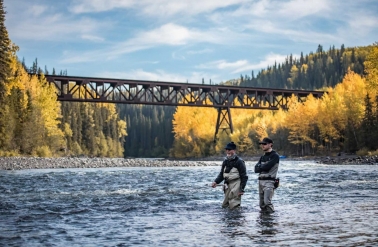 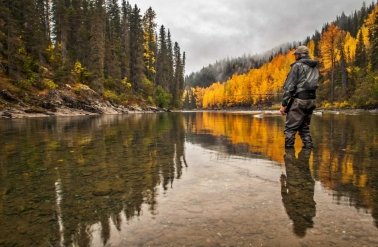 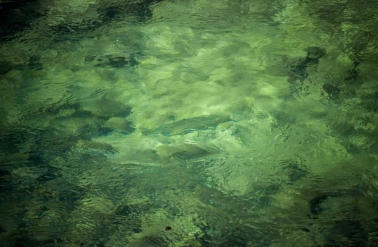 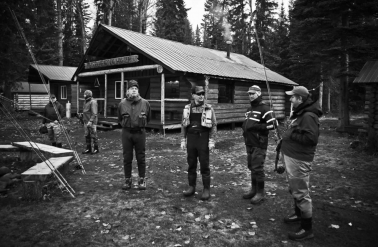 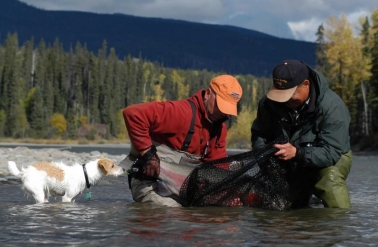 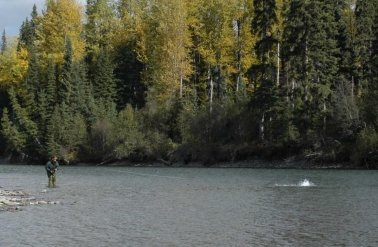 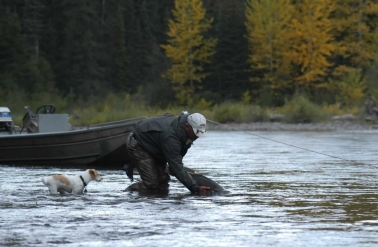 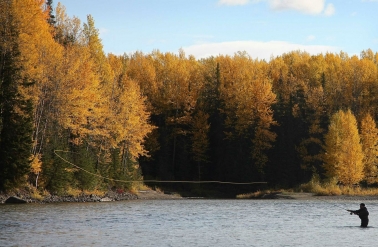 If you would like to know more about the fishing in British Columbia, please contact us and we will provide you with more details. For availabilities, prices, pre trip information, booking form etc. please contact:

It’s easy. Just email your name and your recommendation to [email protected]. Please tell us about your trip to British Columbia and attach any photographs you would like to share. Please remember that the submitting of your recommendation is considered a release of permission for your testimonial to be used by WhereWiseMenFish for promotional purposes.

It is one of my favourite military sayings, as it is unerringly true, as much for an army planning an invasion as it is for a fisherman in search of his quarry.  No matter how lucid the dreams and imagination may be when deciding on a trip, how meticulously it is planned and the gear prepared, the tactics considered for ... 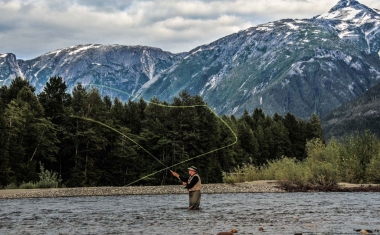 "Steelhead – pound for pound the hardest fighting sea run fish". Bold statements such as this are repeated time and time again, applied to any number of different species of fish and used over and used repeatedly in advertising bumph and over zealous fishing reports. Rather like a prized card in a game of ‘Top ... 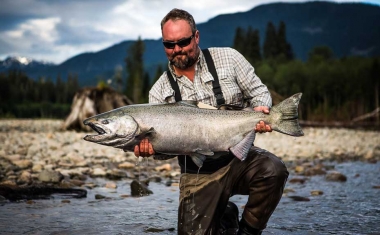 Angler Rule No.1 - Never Give Your Rod to the Guide!!

Despite the ravages of jet lag from our transatlantic journey there was a palpable sense of excitement the moment our domestic flight from Vancouver to Terrace took off. No books or films required on this flight. Looking out the window provides an unparalleled visual spectacle and goes to reinforce the feeling that you are ...

The Skeena river system and tributaries sustain an almost incomprehensible run of all the different types of Salmon as well as Steelhead.   The surrounding area is as beautiful as it is remote, wild and rugged.   Combined and you have a holiday/fishing trip that offers action, adventure and excitement alongside the ... 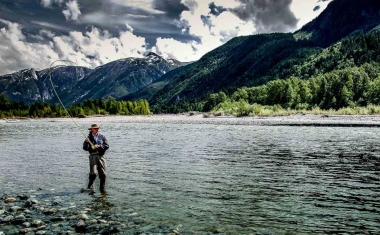 The Dean River is considered by many to be the premier Steelhead River in British Columbia. A medium sized river it is dwarfed by the towering backdrop of mountainous snow covered peaks from every perspective. To fish in these surroundings is simply awe-inspiring and the scale of the surroundings has to be experienced to be ... 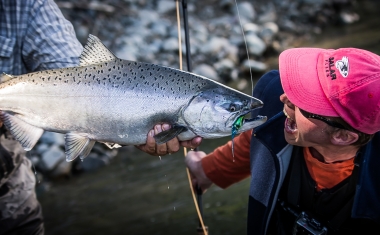 Nicholas Dean Lodge has access to over 50 of the best rivers and lakes in the Lower Skeena region and the near shore Pacific Ocean. Although guests will only be able to fish a fraction of the available water during a typical holiday, you will have unparalleled opportunities to fish in the style that you prefer, for the species ... 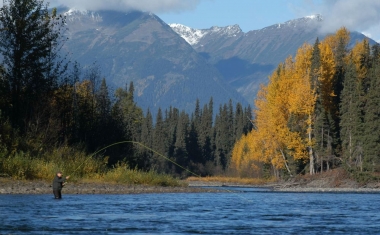 The Sustut River is a steelhead fly-fishers dream with a variety of characteristics from clear glassy tail-outs to rolling riffles that are sure to leave anglers looking forward to their next visit. It is also home to some of the largest Steelhead caught in BC! ...