Guatemala’s Pacific coast is increasingly being referred to as the most productive blue-water sportfishing destination on the planet. The unique underwater topography of the area combined with a conflux of ocean currents and thermal inclines have made Guatemala the ‘hot-spot’ for bill fish with staggering numbers of Sailfish caught and released each year. Either side of a fishing trip enjoy the amazing diversity of this captivating country ranging from Mayan ruins to active volcanoes and the impressive Spanish colonial architecture. 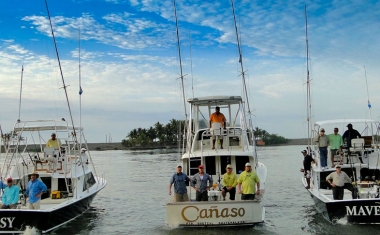 Guatemala offers some quite exceptional blue-water fishing as well as being a very strong contender for the world’s most productive sailfish fishery. This is by no means an uncontested title but the marine topography of the area conspires to produce exceptionally productive marine fishing grounds which is within close proximity ...