The coastline of East Canada is home to some truly great Atlantic Salmon Rivers that are every bit the rival of rivers in Europe. Canadian Atlantic Salmon rivers are steeped in history and the names of the rivers are spoken in revered and hushed voices by those fly-fishermen in the know. Grand Cascapedia, Bonaventure, Miramichi, Petite Cascapedia, Moise, Eagle and Restigouche are a few of the great Salmon rivers amongst many others. These Atlantic Salmon rivers are treated as hallowed ground by the anglers that know them; and rightly so for alongside their wilderness and beauty they are capable of producing not just significant numbers of Atlantic Salmon but also some seriously large fish. The rivers have a combination of wilderness, beautiful natural surroundings and strong and improving runs of Salmon. Add this to a long-standing history of fly-fishing and respect for the Atlantic Salmon, the most venerable of all the migratory fish, go to make everything about a fishing holiday to this beautiful part of the world a sporting reference point to aspire to.

WhereWiseMenFish are pleased to be able to offer fishing to the Grand Cascapedia, Bonaventure and Petite Cascapedia, three of the most indulgent Atlantic Salmon rivers in North America that you are likely to fish. 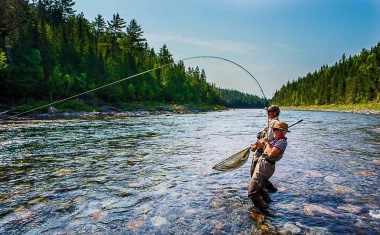 Ideally located on the banks of the Bonaventure River Camp Bonaventure offers anglers fishing on some of the world’s clearest and most pristine rivers. Sight-fishing for salmon is an extraordinarily exciting experience, at odds with most salmon fishing and when combined with fish in the 10-40lb range it can be heart stopping. ... 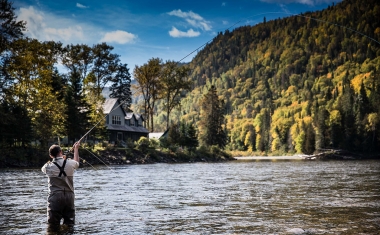 Private Lodges on the Cascapedia 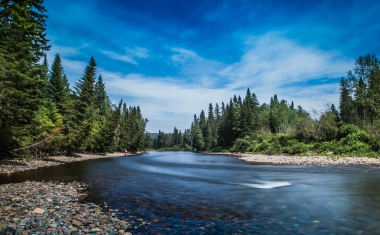